A Lifelong Journey of Learning - Part 2 by Jonathan Hamilton

This article is a part 2 of "A Lifelong Journey of Learning" by Jonathan Hamilton, Executive Director, BNI Surrey.

Having read The Four-Hour Workweek and got results from implementing many of the ideas in it, I began to explore more about the author Tim Ferriss. He runs one of the top ten iTunes podcasts “The Tim Ferriss Show” where he interviews high performers, dissects what makes them tick, what has made them successful and what lessons they have learned and shares it with his audience. It’s great for long drives – some of the interviews run to two hours. The most impactful one for me was the recent and long-awaited interview with Hugh Jackman – himself a regular listener. Tim does have a bit of an obsession with the medicinal use of psychedelics which, while interesting, really isn’t my bag. That aside, his podcast is full of amazing interviews. 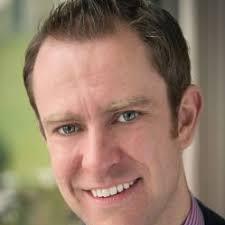 The world of podcasting is vast and it’s very easy for entrepreneurs to start a podcast full of enthusiasm – it’s always a sign of success when it endures several anniversaries. Another podcast that I came across and rate is “How I Built This” by Guy Raz who also wrote a book of the same name. He interviews entrepreneurs who have ‘made it’ in their field. It’s utterly fascinating and addictive. I’m a big believer in learning from the mistakes of others – this is a great one for entrepreneurs of all levels to learn from. My favourite: Burton Boards – the story of how Burton snowboards was started, literally on a kitchen table, against all the odds.

In the vein of learning from others, one of my favourite books is one which I put off reading for a long time. It has possibly the worst title of any book I’ve come across and also one of the most beautiful reads I’ve ever seen: “The Top Five Regrets of the Dying” by Bonnie Ware. Bonnie worked for many years, caring for people at the end of their lives as a live-in carer. It was emotionally draining but she was able to find a great deal of joy in her work, making people more comfortable and happier. As a side effect of this vocation, she compiled a list of regrets that she heard repeatedly; patterns that she observed. It is a deeply moving and profound book.

Tim Ferriss is the only author who I recommend twice in this article. Following the success of 4HWW, he went on to write a series of other books. The most notable of which, for me is “Tools of Titans” the routines, gadgets, software etc that high performers in their field routinely use to achieve outstanding results. I am typing this article as a direct result of reading in there the easiest and most effective ways to touch type. It’s difficult to quantify the positive impact that single takeaway has had on my productivity.

Tim frequently talks about his journey to success and references “Personal Power” an audio book program by the presenter and coach Tony Robbins. After much deliberation, I invested in the updated CD version of the course. It’s not cheap and it’s 30 days of audio with follow up action so it’s not for the faint hearted. I found it to be uniquely powerful at helping elicit true progress towards the goals that really matter to us.

Having built my business, I was blown away when the opportunity to run the BNI networking franchise of Surrey became available. Initially resistant to the idea: the reality of getting up at 4am most days took some getting used to. I quickly realised that this was my calling and was fortunate to be the successful candidate.

Regularly getting up at or before dawn to start the workday becomes very debilitating, very quickly unless acute attention is paid to sleep. I read two books on the subject, both of which were hugely insightful and impactful on this free super-effective medication available to us all: “Counting Sheep” by Paul Martin – it has everything you would expect on the science of sleep and one or two topics you might not expect such as how to wake within a dream; experience consciousness while unconscious. Why we Sleep by Matthew Walker. This is widely regarded as the authoritative text on sleep and is a bestseller. The common element to both books was to go to bed slightly earlier where possible (stating the obvious but it really helps to have an expert outline why, including results of studies etc) and critically take twenty-minute power naps at least once a day. This really helped and I got very good, very quickly at napping for twenty to thirty minutes at a time. The injection of energy and focus I got as a result was very noticeable and I still take advantage of that technique to this day. For the die-hard workaholic – polyphasic sleep is the way to go – allowing a much longer day than most would tolerate, but the downsides of that technique are too much for most people.

As I was spending a lot more time in the car, I had little time to read physical books and, instead became very familiar with Audible, the audio book arm of Amazon. Listening to audio books at 4am became such a habit that I actually looked forward to the early start and long journey from Kent to Surrey each morning. Nonetheless, even with naps and an awareness of how our body responds to sleep, it’s important to keep the emotional tank charged up. I came across a YouTube video one weekend featuring a young “Hal Elrod”. It wasn’t polished and was quite raw in its delivery but there is something about his story that just catches you. He was a successful university graduate, on his way back from an awards ceremony one evening having consumed zero alcohol. A drunk driver hit him, whilst driving the wrong way down the American freeway. He woke up two weeks later, most of the bones in his body broken, in a state. Shortly afterward his girlfriend left him. He did start to make a good physical recovery and by virtue of his circumstance was compelled to come up with what he calls “The Miracle Morning”. A simple series of daily practices, which on their own do very little, when repeated daily have a powerful compound effect on mental health. Things that are so simple and easy most people don’t do them – such as taking five minutes a day to meditate and reflect on the moment and nothing else. It’s a very powerful system and has positively impacted thousands of lives. His book “The Miracle Morning” explains how to implement and take advantage of his system. It’s important to take it slowly and one step at a time – it’s hard enough to form one new habit – his system suggests six new habits be formed concurrently.

Another book that I have found to be significant in the self-reflection space is “The Surrender Experiment” by Michael Singer. It’s all about letting go of expectation. It’s obvious when you think about it – disappointment is directly related to expectation. If you let go of these, you stop beating yourself up about events which you can’t control. It’s a profound book and hard to put down.

In the last few years, I discovered what has become my most gifted book – I have given away over dozens of copies of “The Happiness Advantage” by Shawn Achor. It is a book about the science of positive psychology. How relentlessly looking for the good in every situation actually has a physiological effect on the human body and of course the mind. It sounds like it could be a shallow stereotypical self-development book, it is quite the reverse. Every assertion is backed up with scientific study references and real-world applications of the suggestion in focus. One small example of putting this into practise – when I was at my job as an engineering manager, I used to get approached a lot by people who would often start the conversation with “We’ve got a problem”. I would ruthlessly stop them there and advise that we didn’t have a problem – we had an opportunity to learn and improve. Soppy though it may sound, I wouldn’t compromise on this value and eventually I was approached with others starting the conversation with a large smile on their face: “I’ve got this brilliant opportunity..”. Interestingly just the fact that they were inevitably smiling while describing the situation meant that the chemistry in their brain was already more proactively looking for a solution rather than dumping a problem on my desk.

Of course, while this has mainly been a blog post about impactful business books, there have been others which have profoundly affected my life and must be acknowledged. It is easy to get caught up in the enthusiasm of always learning something for business benefit and sometimes it’s important to reflect on events and stories that are far bigger and more important than the business of making money. There are two books that I have read in the last couple of years which have deeply moved me.

Firstly “Diary of a Young Girl” by Anne Frank. It’s famous for a reason. I left reading it until my late thirties and, had heard so much about it that I was inevitably rather underwhelmed to start with. It’s definitely a book that grows on you as you read it and, for me, it was the last chapter that made it a must-read.

Secondly “No Place to Hide” by W Lee Warren was an audiobook that had rivers of tears rolling down my face. He was a US army brain surgeon in Iraq during the last war. It’s incredibly graphic, insightful, touching and surprising in equal measures. Both this and Anne Frank’s diary offer a great deal of perspective to bring you back to your senses when you think you’re having a bad day.

With the global pandemic affecting the world in 2020, there have been countless opportunities to learn from others in ways that wouldn’t usually have been considered. For me, the most impactful of all the various video presentations and webinars was “Garage to Global” by Ivan Misner (available on BNI Business Builder – formerly BNIU, exclusive to BNI members). Whilst it would be easy to discount my recommendation – I would say that after all as a proponent of BNI, this recommendation is meant entirely objectively. It’s a concentrated hour on how to scale a business, given by someone who has: scaled a business globally. There are multiple action points, follow up reading and story-based recommendations which I believe make it the authoritative go-to resource on scaling a business. One of the simple but effective takeaways for me was colour coding your calendar. Easy to do and one of the things most people never get round to doing. True leaders do the things that matter, well and Ivan is definitely in his flame delivering this presentation. Interestingly I’ve seen him do that presentation before but there is something about this one in particular that hits the spot.

There are two authors on the internet whom I rate as authors and also publish their own regular reading list email: Ryan Holiday and Daniel Pink. With both you can sign up on their website and get a list of recommended books and other resources delivered to your inbox regularly for free. Many of the books I’ve written about have come from these sources.

Jonathan Hamilton is the Executive Director for the BNI Surrey region. Father to three amazing children, he lives with his partner in leafy Surrey and is a keen blogger and kite surfer in his spare time. Jonathan also continues to maintain an interest in the business which led him to BNI as a Utility Warehouse Partner.